What is Iron Ore?

who does Australia export iron ore to?

97% of Australia's Iron Ore is exported, North Asia being the main market for Iron Ore exporting for years. Major exporting countries include China, Japan, the Korea, the Chinese Taipei and Indonesia.

A large amount of Western Australia's Iron Ore was exported to China, who received 70% of our production in 2010, Japan who received 19% and South Korea who had 10%. 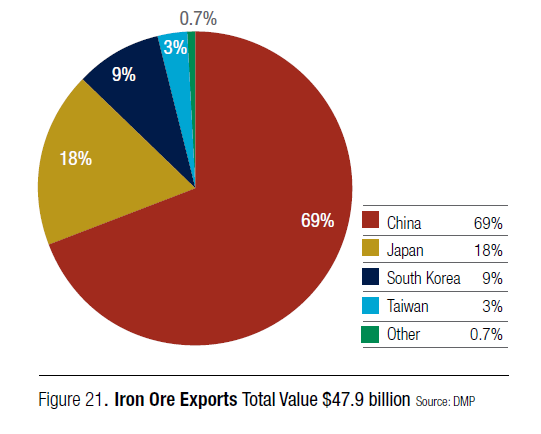 Why is iron ore exports important to western Australia?

why do foreign countries import iron ore from us?

Foreign countries import Iron Ore from Australia for many different reasons. China, for example, buy our Iron Ore, as they use a great amount of it to make steel. Countries like China also don't mine enough of Iron Ore  in their country, but they do have cheap labor to produce a large number of final products, due to their large population. China only produces one third of the total amount of Iron Ore that they use each year.

Australia produces some of the highest amounts of Iron Ore each year, ninety seven percent of which is exported. There are other countries who produce Iron Ore, but they may not produce a lot, which means the prices for that countries Iron Ore would be a lot larger than the prices other countries pay to import Australia's Iron Ore.

Because Australia produces a lot of this commodity, the price isn't too expensive for certain amounts, which is why we attract an amount of countries to buy Australian Iron Ore. 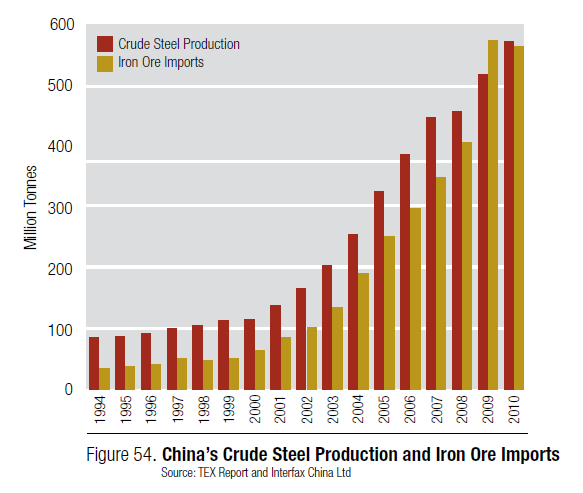